In a few days, Apple will have an event where maybe they’ll reveal new iPads. And since my iPad is my computer, I’m very interested to see what direction Apple takes iPad next. Will it become even more capable than it already is? And a bigger question, will the iPad become more of Apple’s main focus for the future of computing?

When the iPad Pro, for example, was first announced, Apple CEO Tim Cook prefaced it by declaring,

“iPad is the clearest expression of our vision of the future of personal computing.”

He went on to ask how Apple could take the iPad further. Their answer was basically 3 things: make the screen bigger, add a pencil/stylus, and add a better keyboard.

So if Apple reveals new iPads this week, how will they take it further? Add more hardware or software, or maybe both, to make it even more capable?

Most understand that putting Apple’s latest and greatest processor inside the newest iPad would for sure make it much more powerful. But there’s more to making hardware work than adding raw power.

Many people still think that a mouse and a keyboard is the best way to use a computer, and the iPad’s touch interaction, while simple and convenient, is just not as capable. Yet keyboards have been available for the iPad since it first came out. Could Apple now do even more than their Smart Keyboard? 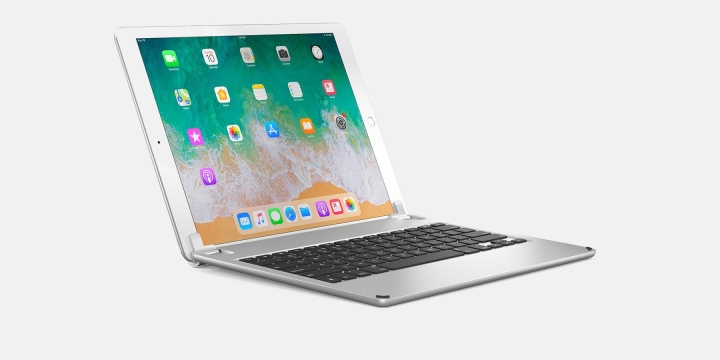 What if they made a clamshell-like keyboard case for iPad so that it looked and acted more like a laptop? It could be similar to the Brydge Keyboard. I think that would actually propel iPad further because it would allow multiple angles of viewing/typing whereas the Smart Keyboard only has one fixed angle on a flimsy multi-hinged folding case. I think a laptop like keyboard case would also sit more sturdily on your lap.

What about a mouse? I don’t think Apple would enable a mouse and cursor for iPad because it would diminish the simplicity of the tablet. It could also cause too much divergence or feature disparity between iPad and iPhone. In short, it would cross the line by adding too much complexity.

Besides hardware, what about software and apps? Well, it’s already been recently announced that Adobe is bringing full Photoshop to iPad. This popular app has traditionally been only for the desktop computer. So Photoshop coming to iPad seems to be a strong signal that the iPad is being considered more like a “real computer.”

Other software moves that could signal Apple taking iPad further might be announcing some of its Mac only apps now being made for iPad. Or they could add new capabilities to the Files app, making it more like the Finder app on the Mac. Or they could do what Apple is known for and introduce a whole new “magical” way to select and edit text with fancy but simple multi-touch gestures that make using a mouse with a cursor seem cumbersome.

The most radical idea might be a combo of hardware and software advances: a laptop like keyboard case that has a recessed spot in which you place an iPhone so that it auto-magically enables something called touchpad mode. The glass screen of the iPhone would mimic the glass trackpad of MacBooks, including a little vibrating feedback when you touch it. This would of course mean a cursor of some kind would need to appear on the iPad screen.

Whatever Apple does, it will be interesting to see. Until then, I’ll keep enjoying my 4 year old non-pro iPad, which still makes me feel like the future is now.

What would you like to see in a new iPad? Would you use an iPad more if you could use a mouse with it? Let me know in the comments below. Thanks for reading.