Last year for Father’s Day, my wife surprised me big-time with a refurbished Wii U! I hadn’t gamed Nintendo in years. Next thing you know, my family has six 2DS hand-held systems! Now my wife and kids get into playing Nintendo like I do.

I’ve kind of been a Nintendo fan my whole life. Growing up I had: NES, Super NES, N64, GameCube, Gameboy Advance SP. But I missed the Wii era. I even had a Nintendo Power subscription almost from the very first issue up until around the late 90’s, so about a decade’s worth of magazines.

Yet my fondness for fun with Mario and Zelda fizzed out when my new game of life, adulting, took over. After college and marriage, I got into a career. Then my wife and I started our family. You can imagine how full-time parenting and working outside the home left little time for gaming.

Years passed, my kids grew older, and then Breath of the Wild (BotW) came out from Nintendo. It’s an open world Zelda game with rave reviews, the kind that say something like, “Stop reading this review, go play this game!” After hearing that, the spark for good’ol console gaming ignited in me.

At this point I had “gotten by” with casual games on my smartphone or tablet. The only serious game I fell in love with was Minecraft on the PC, which is also an open world type game. So the new Zelda was captivating.

But I could not just drop $300 for a Switch – Nintendo’s latest home console – to play the new Zelda. Having a big family means we must budget; being frugal is a virtue. So I’d wait until the Switch is “old” and could be purchased cheaper as a used system.

Wait we did. But not for long. Since BotW was also on Wii U, which was already “old” and far less expensive, that was the boss-key to enter once again into Nintendo gaming land! That’s how my wife surprised me for Father’s Day last year. So basically all last Summer, I wandered in wonder, playing the new Zelda.

But that was just the beginning. Since I am a console-generation behind, all the games are super affordable; just buy them as used. So I didn’t stop at Zelda. I had to get Mario too, of course! And Metroid. And…next thing you know, Nintendo fun is part of my life again.

There’s plenty of fun to go around too, so I decided to spread the gaming goodness and bought one of my sons his very own 2DS hand-held console. Even brand new, the sale price was only in double-digits, and it included a game – frugal and fun for the win! And since the 2DS has been out for many years now, there’s a huge library of excellent games, most of which can be purchased as used.

Long story short, my wife and I now each have a New 2DS XL (because Animal Crossing: New Leaf!), and four of my sons have their own 2DS! My fifth son is still too young to play. But he likes to watch. 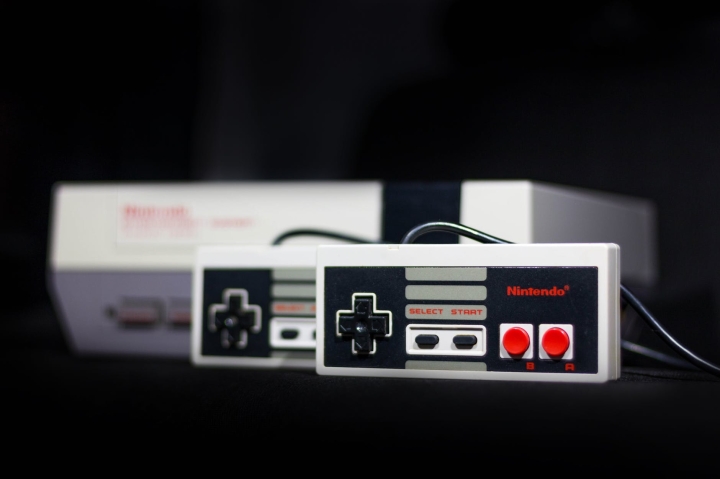 All that said, we’re now a Nintendo family. I guess we’re all sort of gamer geeks. We like fun! On top of that, I am re-living my childhood in a way and enjoying some good nostalgia.

It’s even better as I pass the fun to my kids and watch them enjoy what brought me much happiness when I was their age. We get to play together and interact more than usual, like with six 2DS systems all racing MarioKart in 6-player action! We even geek out for all the iconic Nintendo characters: Yoshi, Mario, Luigi, Donkey Kong, Link, Samus, and more.

It reminds me of a fun part of my youth in the 80’s when my Dad would play with me and my brother in Pac-Man tournaments on the Atari 2600!

After we beat all the games we have, will the Nintendo Switch be a thing in my house? Likely. I want to wait until it’s the “old” generation console. But with all the great games for it now and coming up, it gets harder to resist! Nintendo’s software sells hardware. So we’ll see.

Either way, my family plays Nintendo.

What about you, do you game now, and if so, what’s your favorite? Does your family share any hobbies? Leave a comment or send me a message! And thanks for reading!

4 thoughts on “We Play Nintendo”