I was blown away when I saw that Final Fantasy VII is getting remade after all these years! Why? Because it’s not just a remaster of the same game with enhanced graphics. It’s totally redone in spectacular fashion! So if you will, allow me to geek out and reminisce.

The visuals are so good, they bring to life what I could only dream of back in 1997 when I first played this then-groundbreaking Playstation game. The best fully-rendered stuff I’ve seen is on my Wii U (Xenoblade Chronicles still bedazzles my eyes). But this FFVII Remake on PS4 takes things to another level with lighting effects and more.

The gameplay is revamped as well. You have options. Either play old-school in turn-based battle, or go into full-action mode, or do a mix of both. I like the choices and think it will make the game more fresh without the risk of ruining a classic jrpg from Squaresoft.

Hopefully the story that drives the whole thing remains the same. The real question I have is in the telling. This remake will be distributed in chapters or separate game installments. The point was to enable the full game and story to be remastered without cutting any material. How much gets added to it is unknown to me. Hopefully any additions won’t detract from the pacing or overall story.

Over the years, I’ve tried to replay through the whole game again. But due to a busy life of adulting and already knowing how to grind out the game, I’ve only beaten it once. This Remake, though, looks like it will be so good that I won’t be able to stop playing it all the way through! 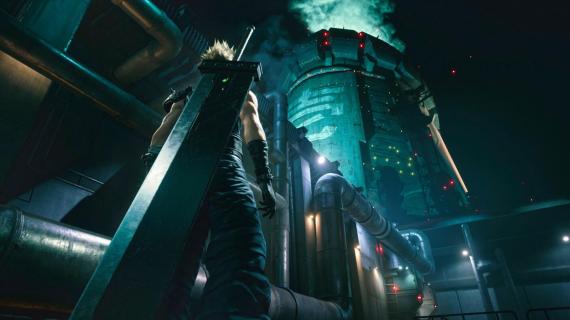 Not So Final Fantasy

My first grand entrance into the FF universe was with FFIII (FFVI) on SuperNES. So when FFVII came out for PS1, it was amazing on every level! I followed these up with FFVIII and IX. While both are great, they didn’t touch the stellar status of the previous games.

FFVII Remake looks like it may be as groundbreaking as the original! In fact, although I’ve never owned a PS4, this game pretty much has compelled me to buy one just to play it.

So yeah, next year I might blog a little less if I get my gaming hands on this. Something to look forward to!

Have you played FFVII? Will you play the Remake? Comment below, or write to me here! Thanks for reading!