Raise your hand if you remember iTunes in the era of the iPod and how game changing $0.99 songs a-la-carte were. Nowadays, it’s all about streaming music services. I’ve stood as a hold-out, but the ground is cracking beneath my feet. I think it’s time to move on.

If you’re like me, then you may recall the way music worked in the 80’s and 90’s. If I wanted a hit song, I rushed to the boom box to mash the fat plastic record button on the tape deck while the radio announcer talked over the first few seconds of the music. Ah, those days…

If I wished to avoid the DJs, the air-wave ads, or the hissing crackling audio of cheap cassettes, despite Dolby B and NR noise reduction, my other option was to buy a whole entire CD (album) from an artist to get that-one-song. That’s right, we “old” people would sometimes pay $15 for a song.

Then Napster, Kazaa, and Apple changed everything.

Fast-forward (like a cassette tape!) to now. Way back in January this year, I tried Apple Music for the first time! I told you, I’ve been a hold-out. Buying specific songs for a buck on iTunes to make a mix-tape (playlist) was revolutionary and easy, and not so easy to let go of.

So Apple’s streaming service was cool, if not a bit overwhelming. It was kinda weird to see my decades old music library suddenly inundated with new albums and artists. The Apple Music app on my iPhone also wasn’t organized very well. I had a hard time combining my trusty library with all the new stuff and getting it sorted. But most of all, I wasn’t ready to pay $10 a month for the rest of my life; I figured it’d be cheaper to buy 5 new songs a month at roughly half the price!

But things have changed. Again.

I switched my main computer from iPad to Chromebook. In other words, from Apple to Google. So I wanted to switch to Google Play Music too. I’d used it before, and besides uploading my songs from iTunes (library migration is hard!), it had a feature I really liked: Stations based on a song or artist. It was great for new music discovery!

But I quickly saw that Google was, yet again, killing a service! Slowly but surely, Google Play Music is being replaced by YouTube Music. And it’s just not there yet. You can’t transfer your existing song library to it. The app is limited too. If I must abandon my old song library and start over, then I’ll go with the best solution I’ve found so far. 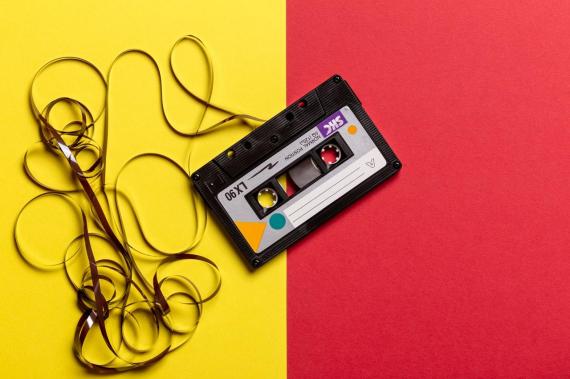 I’ll start with this one-weird-fact. For years, I thought the Spotify logo was lame. But I can say it has grown on me. Judging a book by its cover is a no-no. And now that I’ve actually started trying Spotify…oh my, I think I may have fallen head over heels!

The app and service are so MUCH better than Apple Music! The interface is clean, elegant, simple, and easy. The service works great as a result of clarity and simplicity. How has Apple fallen behind in this regard? I think it’s due to the baggage. Apple’s music app/service has the burden of combining the old (iTunes library) with the new (streaming library). But Spotify starts fresh from the ground up as a groundbreaking streaming service.

Speaking of starting fresh, I’m experiencing a surprising liberation. Since there is no way to import my old music collection into Spotify, I’m literally starting over with a clean slate. It’s a refreshing transformation! I can create all new playlists. I don’t have the laborious task of migrating, importing, or matching music. I have all-the-songs!

Also, Spotify is a third-party solution. It’s an independent, not sold-out, service. So it’s cross-platform. That means I can use any company’s device (iPhone, Chromebook, fire tablet) and always have my whole music library!

Long have I resisted subscription services, but Spotify is awesome! I’ll keep trying it out and see if it sticks. I think it will.

At least the Spotify logo is not a cassette tape.

Where do you get your music? Sound off below, or write to me here! Thanks for reading!